“The Coil That Binds, The Line That Bends is both object and process, both work and way of seeing or knowing. As a sculptural form it is both the result of a long and laboured process of making, and the enabling tool, means, or vehicle for another, longer process of encounter, of engaging with the earth in a direct, yet non-intrusive way.

The Coil emerged both physically and conceptually from one of the last remaining primitive interactions between humans and Nature …the fishery of inshore Newfoundland. It is constructed from part of a retired fishing net, and bound by hand into a long, heavy, red line which has been “drawn” from the sea to make transient marks upon the land.”
—excerpt from Hall’s 1993 Artist Statement 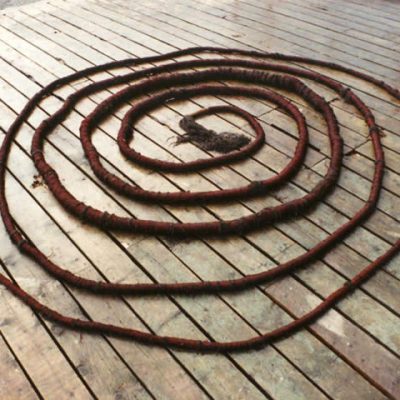 The Coil in Newfoundland 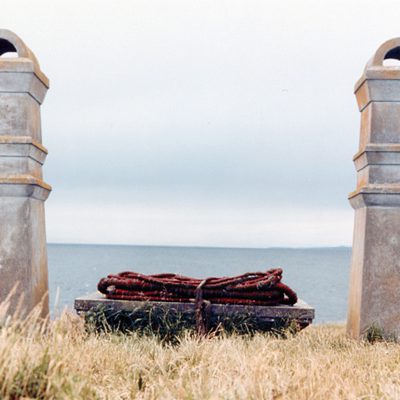 The Coil on Vancouver Island 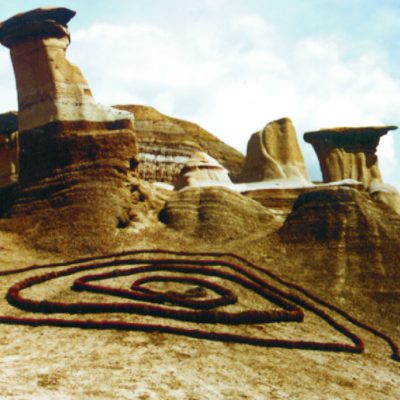 The Coil in the Alberta Badlands 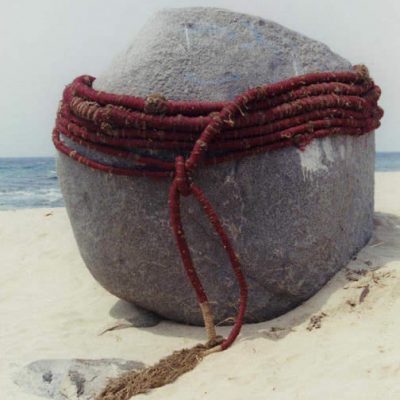 The Coil in Japan

This website documents only small echoes of this five year project – an introduction, perhaps, to the Coil’s long life on the land and water, across Canada and in Japan. For the full “long story”, please see The Coil: A History in Four Parts, the catalogue from the touring exhibition. Other critical writing about this project includes the catalogue The Coil that Binds, the Line that Bends, and curator Cliff Eyland’s essays published in Canadian Art (1992) and in Re-Thinking the Rural: Contemporary Art in Newfoundland (1996).

Many many individuals and instituitions contributed to this project – as site crew, as institutions, as allies and companions along the way. There were so many gifts, from so many givers… they are acknowledged here. 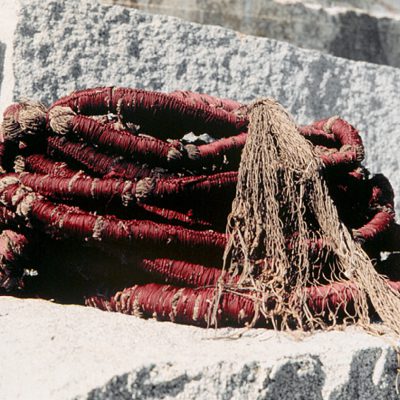 The Coil: Artist Statement and Acknowledgements

The Coil that Binds, the Line that Bends