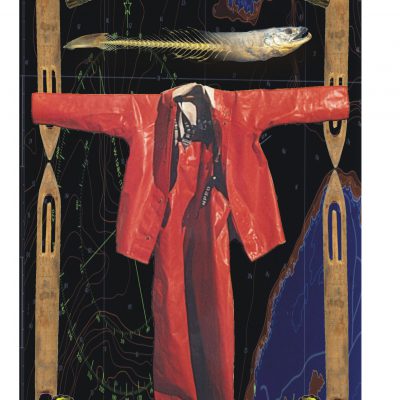 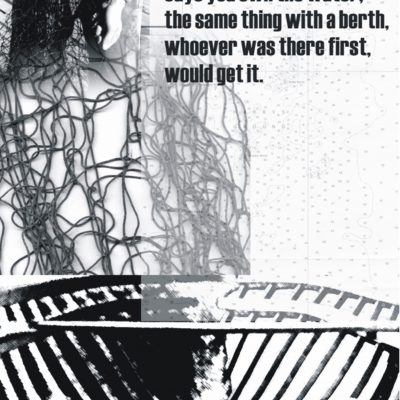 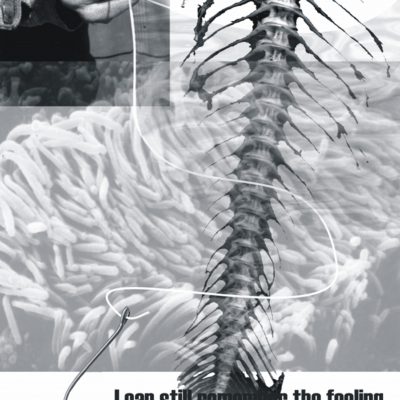 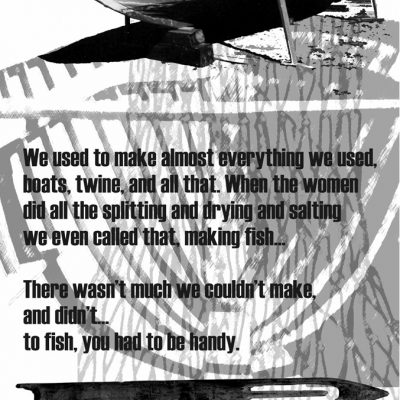 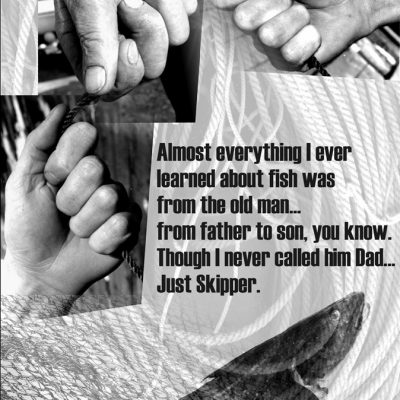 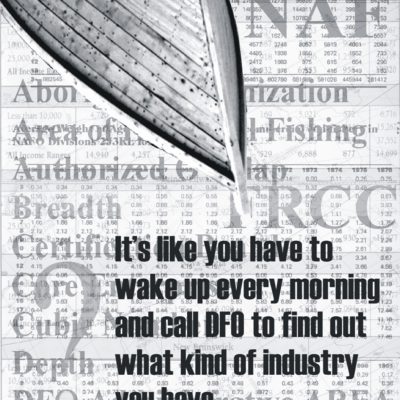 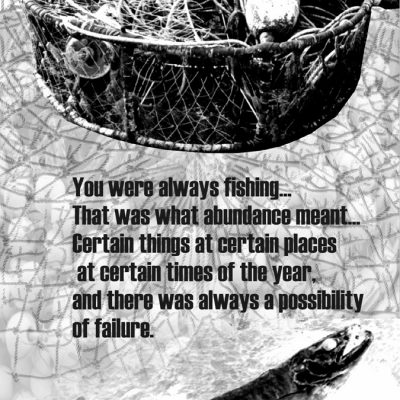 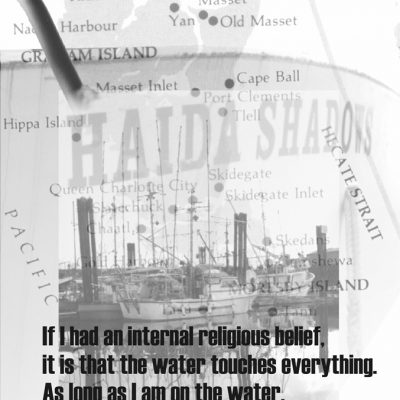 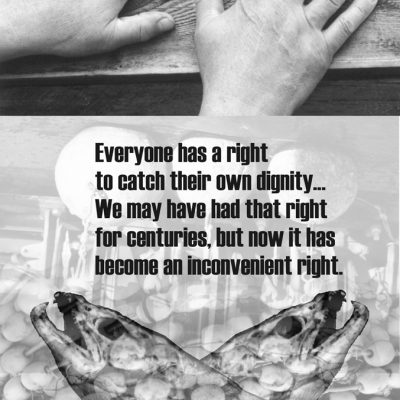 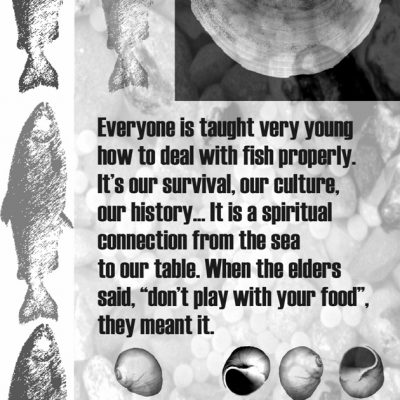 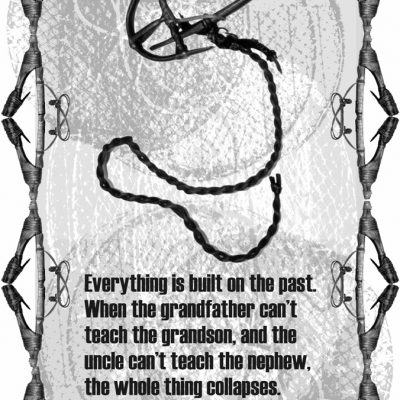 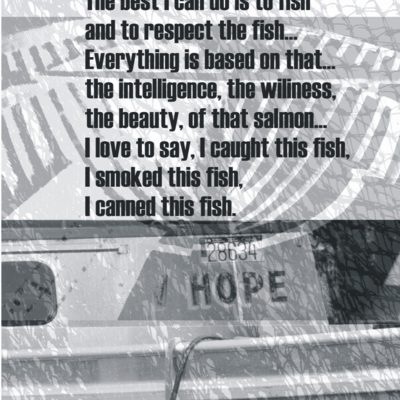 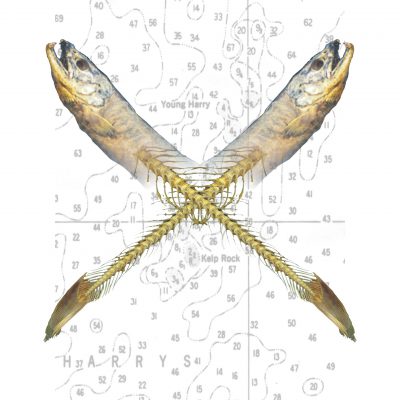 In 1997, Hall was invited to participate in an interdisciplinary research project examining ethical approaches to the fisheries crisis on Canada’s Atlantic and Pacific coasts. Working with scholars from across the disciplines, participating in discussion groups with stakeholders in Newfoundland and British Columbia, the artist spent three years listening, learning, and stretching her involvement with practicing fishers.

At the completion of the project, rather than writing a chapter for the book which would be published to represent the team’s work, Hall opted to make her “chapter” using her language as a visual artist. Wanting to include the the voices of fishers within the context of knowledge presented by biologists, ethicists, historians and others, Hall made a 12 panel series of digital images, which were included in the published text – Just Fish: Ethics and Canadian Marine Fisheries, edited by Rosemary Ommer, Harold Coward and Tony Pitcher. Hall also designed the book’s cover. 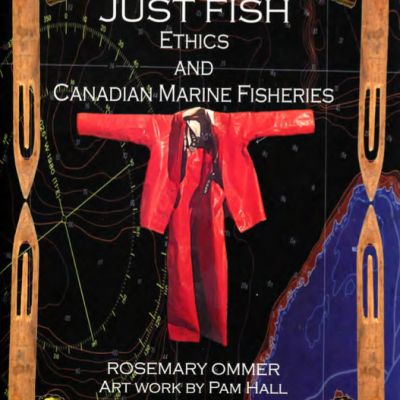 Based on conversations with inshore fishermen in Newfoundland over a ten year period, and with fishers in Haida Qwai (Queen Charlotte Islands, B.C) during a research trip undertaken for this study, Hall tried to record and share some of what she had gained from their expertise – to place of the knowledge of practice beside the knowledge of theory.

These works represent the first entirely digital series which Hall created. Using original photographs from both coasts, and creating text from the many fishers she had spoken with, these panels are 7″×4.25″, and in addition to their publication in Just Fish, (the book and the brochure which accompanied it) exist in printed form in the Art Collection of the Government of Newfoundland and Labrador.

The original art created for this book was informed not only by the research process of this interdisciplinary study, but by continuing conversations the artist has had with fishers since her introduction to the inshore fishery of Newfoundland in1988. Participation in this study allowed her to stretch her dialogue with fishers to the Queen Charlotte Islands in 1998, and for that opportunity, she is grateful. While none of the texts in these images are direct quotations, they are informed and enriched by the information, history, and practices shared by those fishers who generously gave her their time, answered her questions, and told her their stories. The artist wishes to thank and acknowledge these individuals for sharing their voices and enriching her understanding of their work on the water.

2000. Hall made a 12 panel series of digital images for this book, edited by Rosemary Ommer, Harold Coward and Tony Pitcher. Hall also designed the book's cover.

1991. A series of drawings and paintings responding to tensions between the inshore small-boat fishery and the big high-technology offshore fleet.