By Rosemary Ommer. Artwork by Pam Hall. Published by ISER.

In 1997, Hall was invited to participate in an interdisciplinary research project examining ethical approaches to the fisheries crisis on Canada’s Atlantic and Pacific coasts. Working with scholars from across the disciplines, participating in discussion groups with stakeholders in Newfoundland and British Columbia, the artist spent three years listening, learning, and stretching her involvement with practicing fishers.

At the completion of the project, rather than writing a chapter for the book which would be published to represent the team’s work, Hall opted to make her “chapter” using her language as a visual artist. Wanting to include the the voices of fishers within the context of knowledge presented by biologists, ethicists, historians and others, Hall made a 12 panel series of digital images, which were included in the published text – Just Fish: Ethics and Canadian Marine Fisheries, edited by Rosemary Ommer, Harold Coward and Tony Pitcher. Hall also designed the book’s cover. 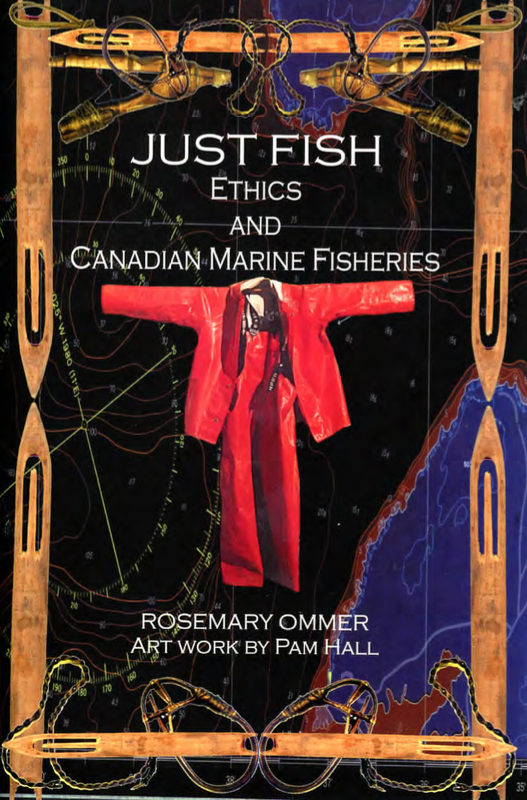 1997. A 12 panel series of digital images based on conversations with inshore fishermen in Newfoundland and Haida Qwai.

2003. A presentation examining the Canadian inshore fisheries crisis from the personal perspective of more than 15 years of creative work in this area.