Re-writing the Body: Towards the Reading Room New Readings in Female Anatomy included three book works on The Reading Table – two of which were collaboratively authored. The first – Hystories, added to the voices in Hall’s first film about hysterectomy, and the second A Female Handbook engaged 36 women Hall invited to complete a sentence for her. During all the exhibitions of NRFA, Hall left blank books on The Writing Table, inviting women to add their knowledge and experience so she could continue to “build a library” of female knowledge. 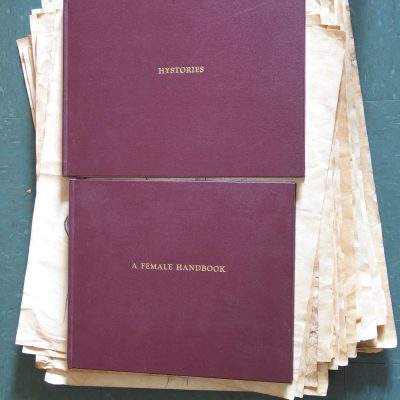 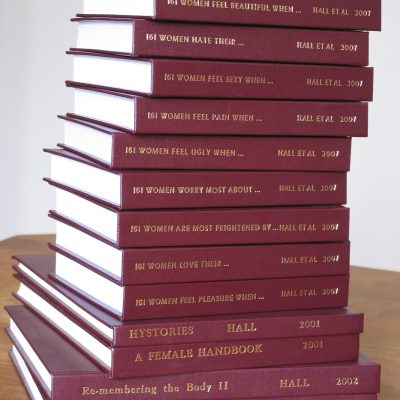 While contributions to these blank binders were significant, Hall initiated a series of writing workshops with girls and women hoping to “make authors” to contribute to the project. During installations or residencies in Vancouver, Montreal and Providence, RI, Hall worked with almost 200 women who contibuted their writing to the project following the workshops. While she is still transcribing some of this writing, the first suite of ten books on body image, are close to completion.

The Excerpts posted below do not represent the entire bookwork and may be difficult to read until larger versions are available. All images are double page layouts, and both books are approx. 8.5″ ×11″. As this project continues and this site develops, the full works may be published here or on a site of their own. Please contact the artist if you have questions about this project.

This set of 9 volumes emerged from a finish-this-sentence exercise called Fast Talk about Body Image which Hall used in her writing workshops. All collaborating authors are listed in each volume, and represent the voices of women and girls from all over North America and the U.K. Excerpts from each volume are below. Book design, images and production were done by the artist. 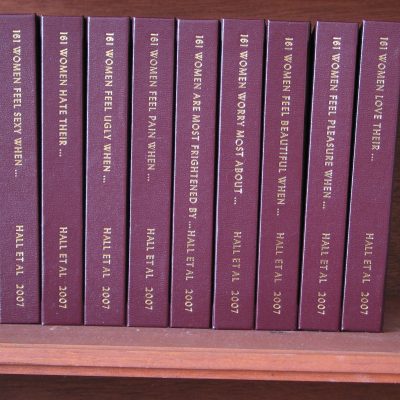 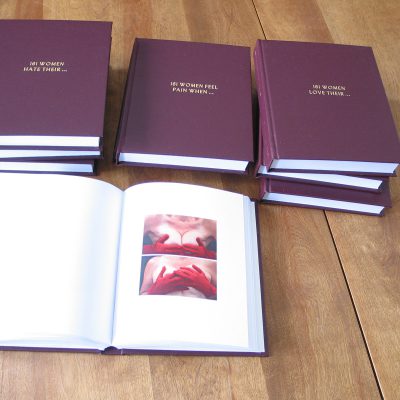 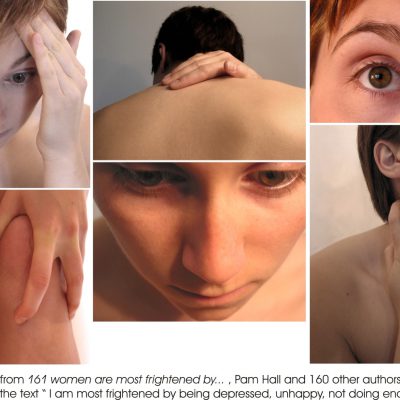 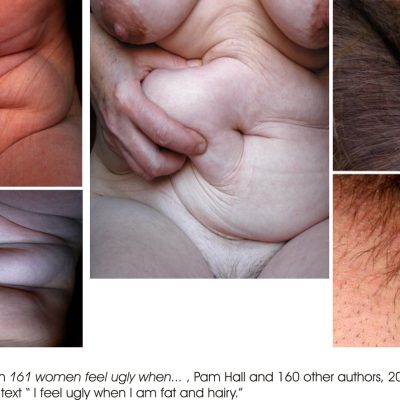 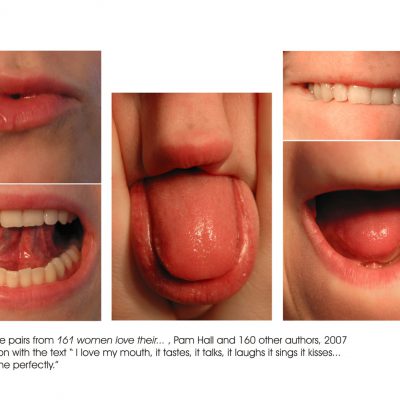 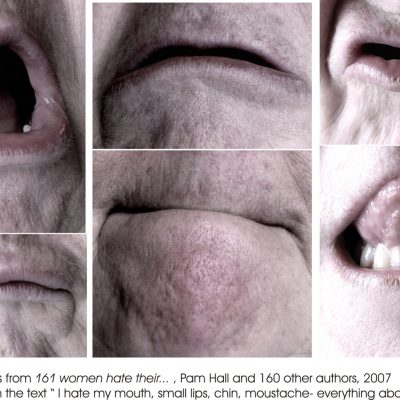 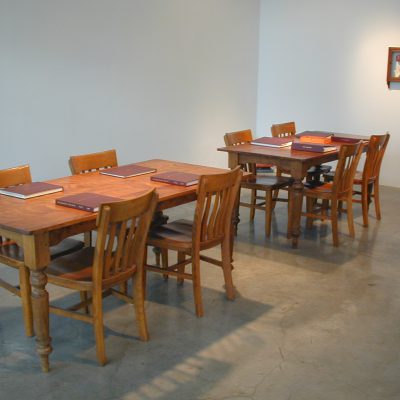 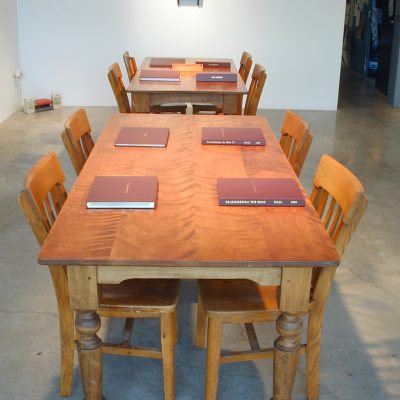 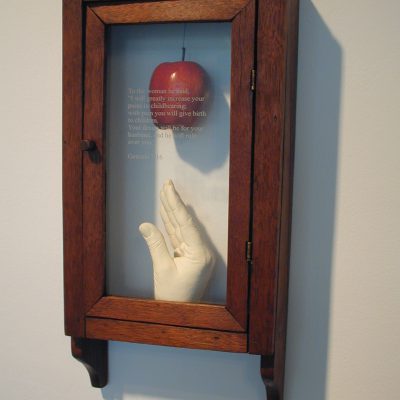 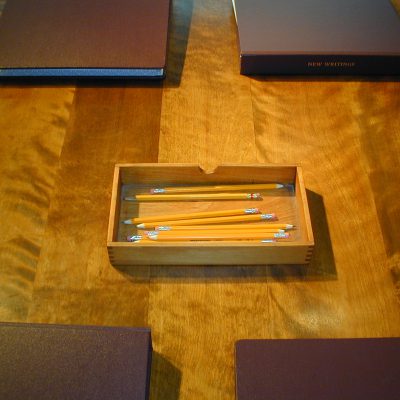 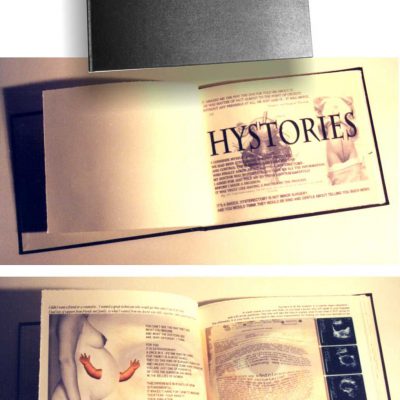 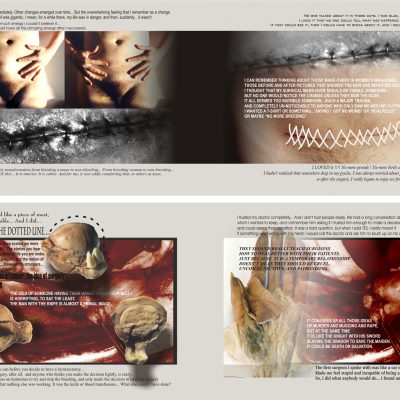 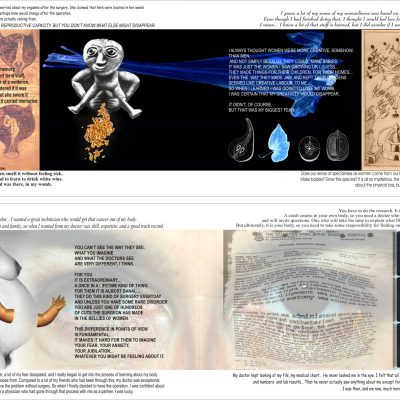 Excerpts from A Female Handbook (2001) 1994 and 2000. Information about "Mending the Invisible Wound" and "Under the Knife: personal hystories".

1997–1999. As the first artist in residence at MUN's Faculty of Medicine, Hall spent two years exploring the body, ethics, and the terrain of "healing".