The History Books emerged in 2005, an echo perhaps of other book projects Hall was working on, and a way to bring materiality back into her daily practice. They offered a balance to the digital work she was doing – kept her hands dirty – and reminded her of her roots as an object-maker. They are less explicit meditations on specific place than the Travel Books. Rather they are reflections on the larger interior and exterior “place” Hall had begun to explore in Marginalia.

All contain some fragment of a real book Hall incorporated into their construction, and all contain text – found randomly in the shards of books she used. What follows are fragments from a series of 10. 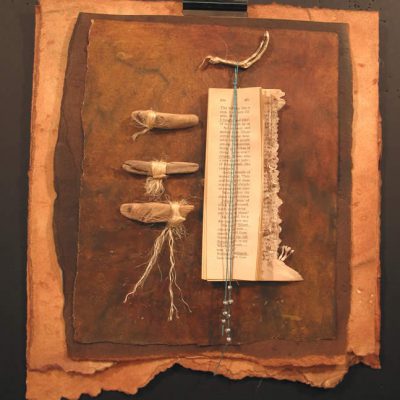 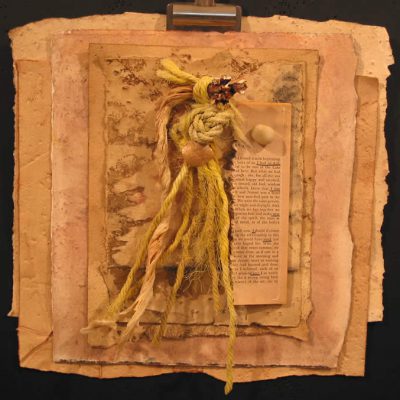 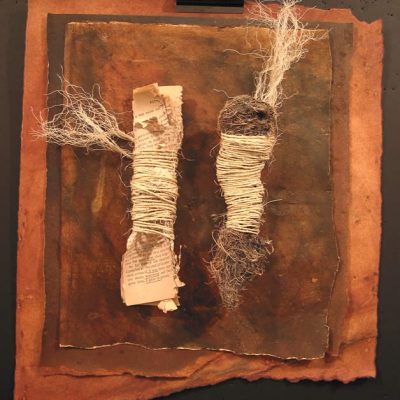 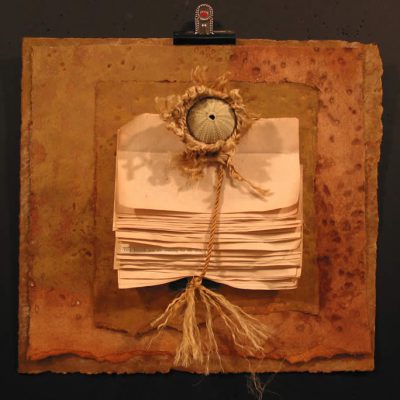 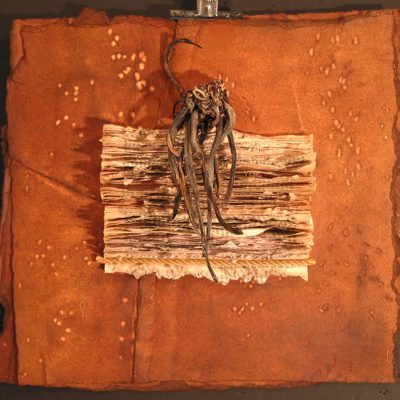 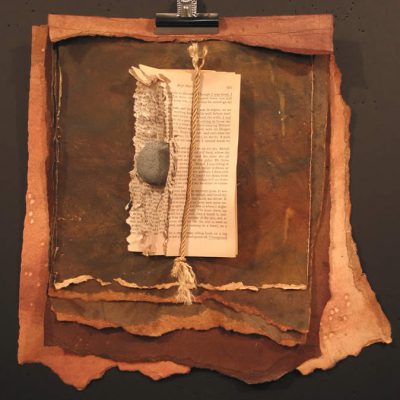 Initially called Beach Notes, this series began to emerge in 1993, as material reflections on the beaches Hall visits regularly. Part meditation, part memory-cue, they served for her as a way to hold, re-member, and revisit those beach encounters.

Constructed from old art works, hand-made paper, and small scraps of beach detritus, they are all approximately 14″×14″, some as deep as 3.5″. All are in private collections in Newfoundland and Canada.

What follows are excerpts from a series of 18, with objects from beaches in Newfoundland, Ontario, and Japan. 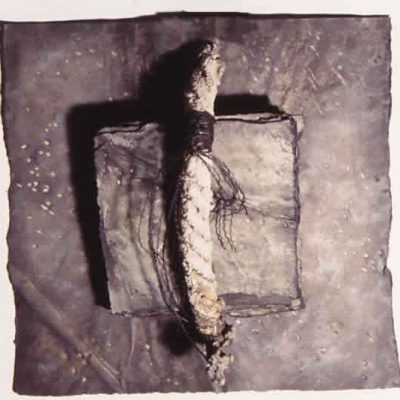 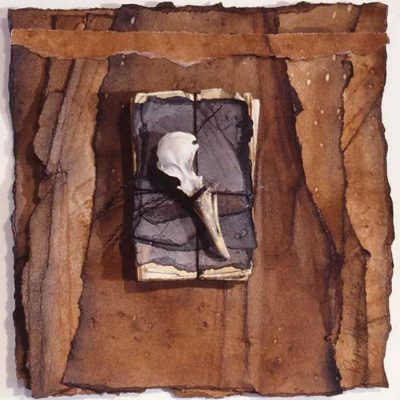 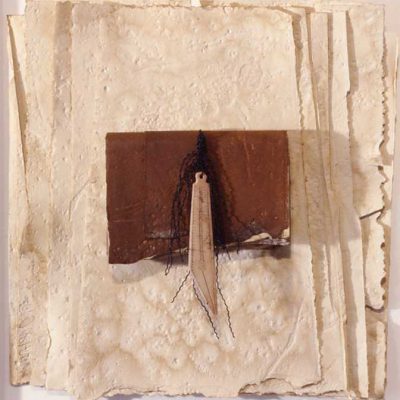 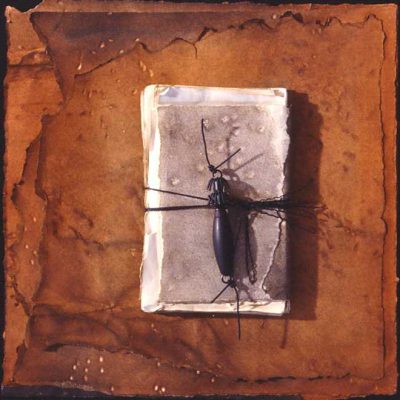 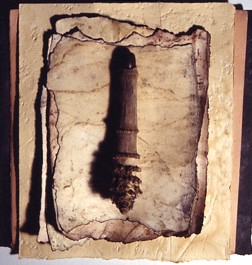 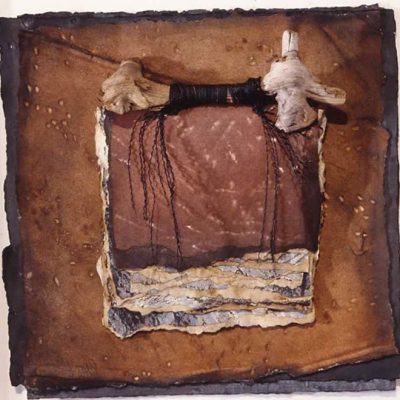 2004–2010. Marginalia is a collaboration / correspondence / conversation between Pam Hall and Margaret Dragu, two artists on opposite coasts of Canada.